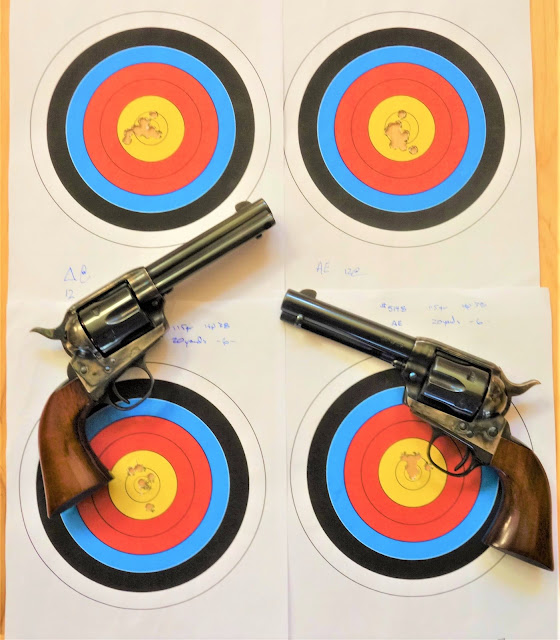 Colt brought out the SAA in 32wcf in 1884 and in the Bisley in 1894. From the beginning with the Winchester '73 it was a cartridge that did day to day yeoman's work in the rifles and then as a easy and cheap to shoot round in the handguns, where it would eventually also excel as a target round. Hard caliber not to like in a SAA. Most people sour of the 32-20 SAA just by handling it. But once you start shooting any length SAA in 32-20 you can easily gain a fair respect for the gun and the caliber. Weight and balance concerns of a 32-20 barreled SAA melt away just as easy as the memory of a hard recoiling 45 Colt will.

There is a reason the 32-20 is considered by some as the first magnum handgun round. Lot of gun in a small package! 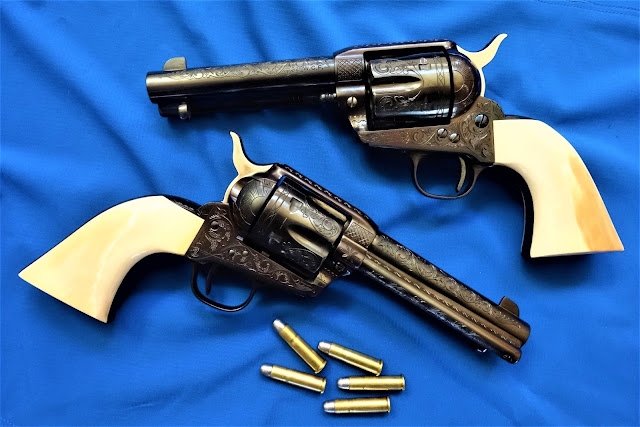 Joined Jan 4, 2014
·
6,667 Posts
Thanks Joe. We were discussing loading for the 32wcf in the loading forum here and I wanted a few photos of the ammo I load, some good targets and the guns. I had intended to photograph our blue and cased guns with my one piece walnut on them. But I had pulled out Tracy's engraved guns by mistake. The ivory, blueing and engraving actually took my breath away when I pulled them unexpectantly out of the gun bags. At that point I figured a few good photos to share were mandatory

Here is the flip side to that pair.. 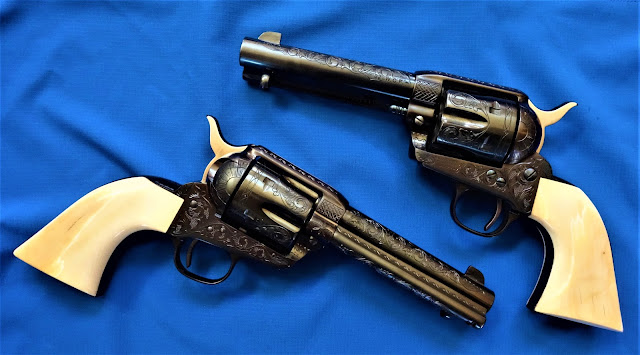 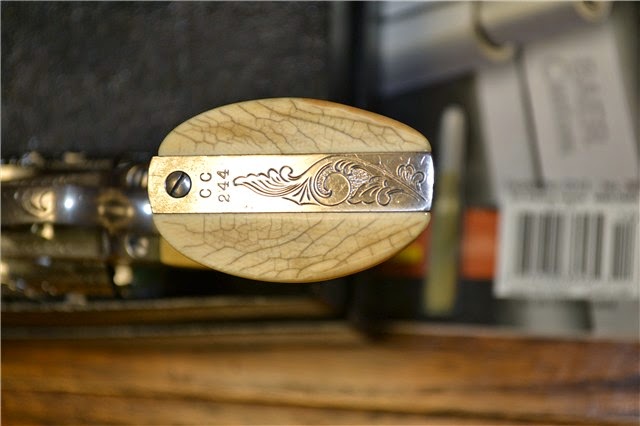 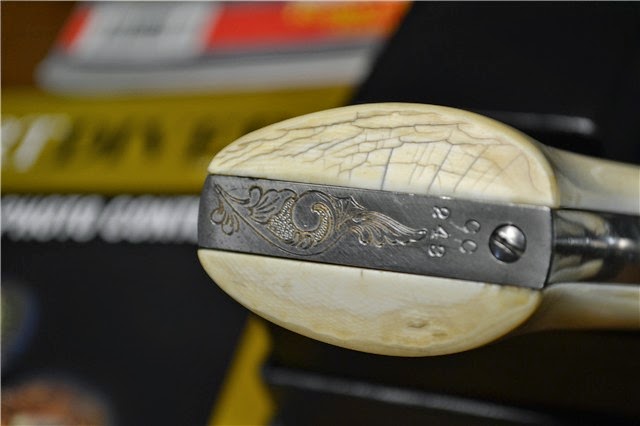 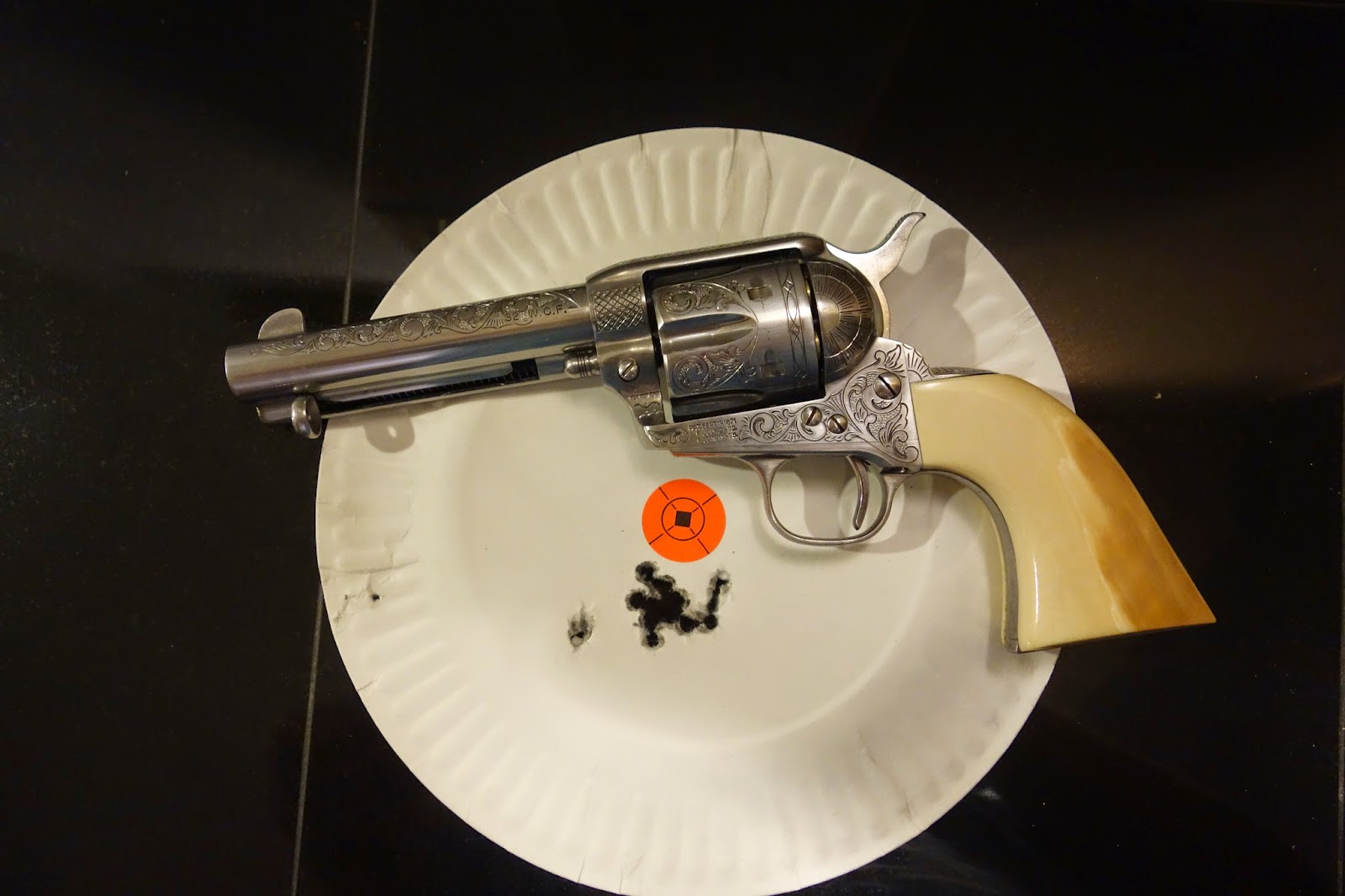 cloverleaf said:
I recall reading that the cartridge for the M-1 carbine was inspired by the 32WCF
Click to expand...

"Shortly before World War II, the U.S. Army started a "light rifle" project to provide support personnel and rear area units more firepower and accuracy than the standard issue M1911A1 .45 ACP handgun, and weigh half as much as a M1 Garand rifle or the .45 Thompson submachine gun.
The .30 Carbine cartridge was developed by Winchester and is basically a rimless .30 caliber (7.62 mm) version of the much older .32 Winchester Self-Loading cartridge of 1906 introduced for the Winchester Model 1905 rifle.[SUP][6][/SUP] The .30 Carbine uses a lighter bullet and more modern powder. As a result, it is approximately 600 feet per second faster and 27% more powerful than its parent cartridge. The .30 Carbine's relatively straight case and the rounded nose of its bullet led some to believe it was designed for use in pistols."​

Joined Sep 6, 2004
·
1,748 Posts
I used to own a .32-20 with a 4.75" barrel that shipped in 1900 to Hibbard, Spencer & Bartlett. It had a about zero remaining finish but the mechanics were good. Unfortunately the bore was pretty severely pitted. It did however shoot well in spite of that, and with the heavy weight of the gun was very pleasant to plink with.
I do have an S&W M&P .32-20 with a 5" barrel from 1922 and it is a fairly light revolver. It has a good sharp crack when firing, very different from firing a similar gun in .38 Special.

Joined Jan 4, 2014
·
6,667 Posts
Before this '53 got all fancied up I used it as a short mag tube gun on small coastal black tail and a couple of little white tails. Heads shots for the most part at close range with 115 gas checked soft points and one lung shot (went clean through) with a 115 lead RNFP. Used a early 1900's Marlin '94 previous to the '53. Bit of practice and I'd bet you'd be find iron sights and a hot 32-20 effective on small deer at any reasonable range for the caliber/round. I always figured that was way under 50 yards. 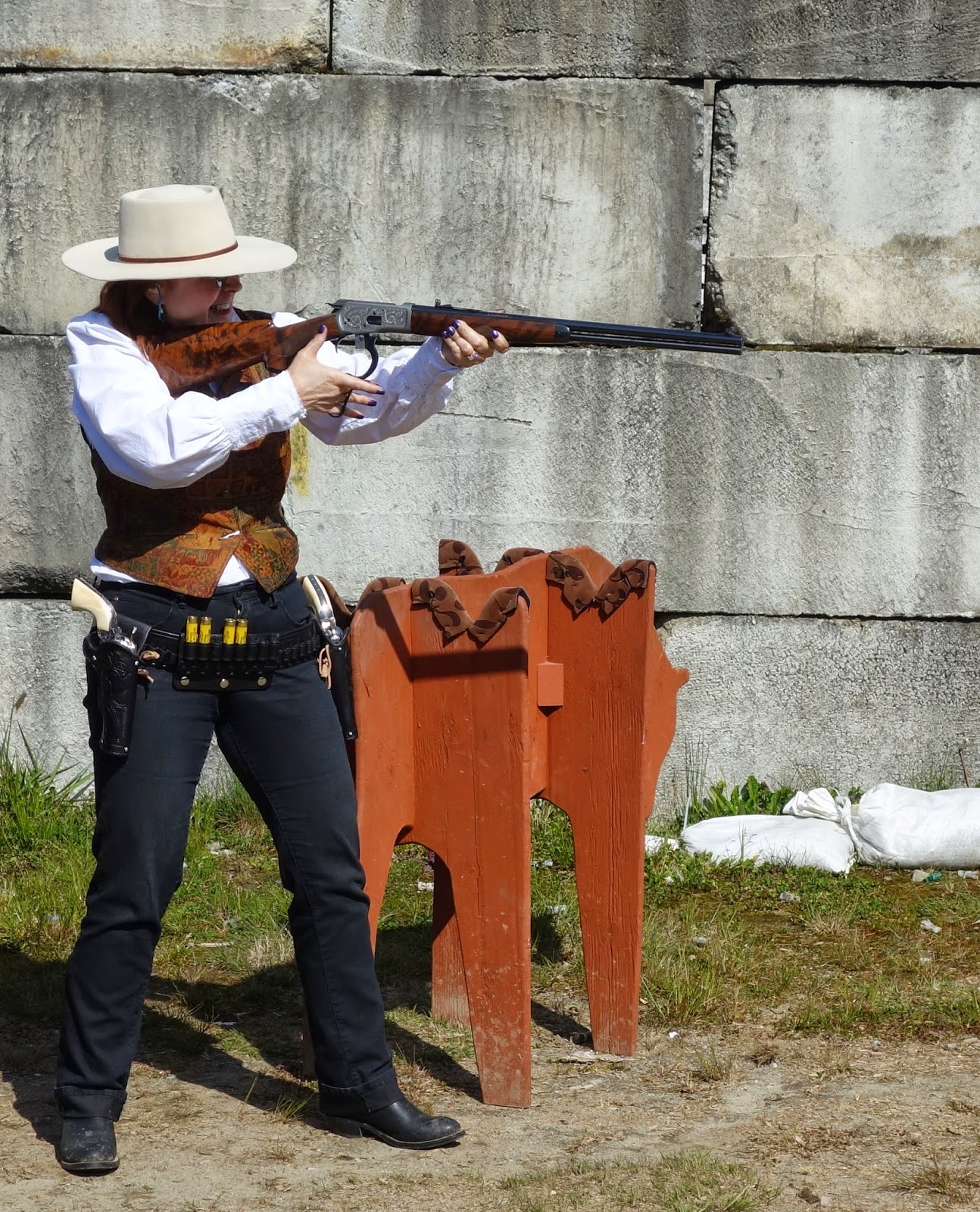 Still like the Browning '53s as a blued gun. 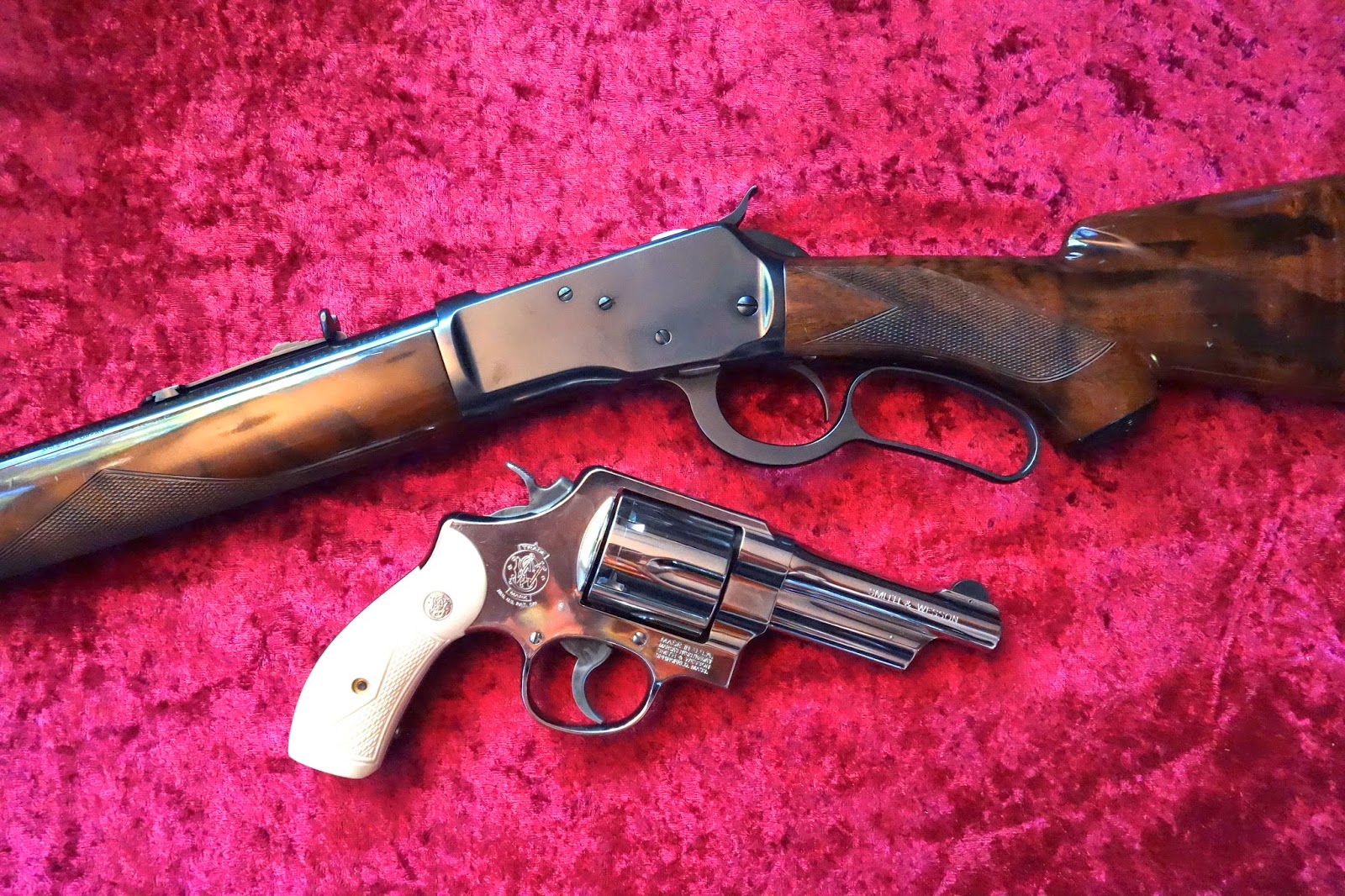 Joined Jan 4, 2014
·
6,667 Posts
I've got a full mag tube on my 53 now but loved doing walk abouts with this guy as a lwt button mag gun during deer season. I've shot it some in SASS and my wife shoots her's all the time in SASS. I have a '92 SRC in 44 Mag that I shoot 44 Special from as well. The rifle I'll more typically use for SASS is a tricked out 1873 short rifle in 32-20. A gun that makes it easy to justify a Dillon reloader just for it The thing eats ammo in huge gulps :bang_wall: It is uncontrollable! But I don't think any of them are as much fun to shoot and pack around as these little Browning '53s. I don't own a lever gun that I shoot any better than the 53. Bugs me as I shoot Tracy's 53 a little better than I shoot my own. But aint complaining because at least I have my own