Joined Oct 9, 2003
·
4,648 Posts
OK, here's another oddball experimental prototype direct out of Colts vault.
This one has an interchangeable barrel like the Dan Wesson revolvers.
It would be interesting to know who copied who in this endeavor. 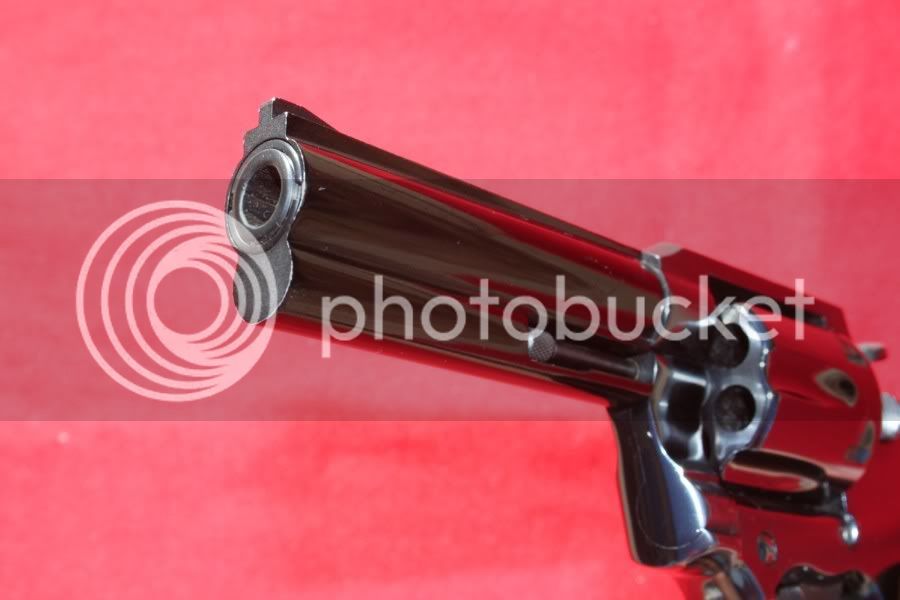 Joined Jul 5, 2013
·
93 Posts
And Fixed sights to boot, you would think you would want adjustable sights with the different Barrels

NO WAY! Look at the awkward shape of the grip and the hammer spur!

Looks nowhere near a Model 581.

Rest your case as you will, that gun would never be mistaken for a Smith & Wesson. And would you have said that if it did not have the full lug barrel?

And for dang sure it would not be mistaken for a Model 19, nor a Model 27!

Joined Dec 30, 2001
·
16,547 Posts
Again, this was almost certainly a proof of concept gun, in which they just took whatever frame was handy and cheap to experiment with.
The frame isn't important, it was the barrel system that was being investigated.

Since the Colt Mark V was made in the mid-80's, they would have been copying Dan Wesson's idea, which came earlier.
Which brings up the question of why S&W hasn't offered something like this with their new two piece barrel guns.
The only real difference is the S&W uses a one piece rifled tube with a flange on the front instead of a nut system.

The barrel is just a straight tube that screws into the frame.
The outer part of the barrel is a shroud that slips over the barrel and the whole thing is locked in place by the slotted nut that threads on the barrel at the muzzle and retains the shroud.

Joined Aug 4, 2010
·
670 Posts
This is an example of the Dan Wesson versatility. One frame is .22 the other .357. The shrouds from either caliber are interchangeable. So all you need is a handful of shrouds in varying lengths and the matching barrels of each caliber. Saves money and you have a handful of nice, accurate and fun guns. Don't ask about the pitted 4" shroud. I hand refinished it later. Both guns came with 8" barrels and I added 6", plus as you see I needed another 4" shroud. also 2" each and shared shroud. Some reflection in picture but all the other shrouds are high polish and pristine condition. They come with full shrouds or not. I don't like the full shrouds.

This is an older thread, you may not receive a response, and could be reviving an old thread. Please consider creating a new thread.