My son's history fair project from a couple of years back (proud papa, what can I say).

Joined Feb 13, 2019
·
2,000 Posts
Oh, if we just could have Theodore Roosevelt again for President in more recent times!! He was pro-gun and not a PC guy - just to name two of his qualities.

Your son did a terrific job on his display and thanks for sharing it with us. Here is one of TR's guns along with a few photo's: 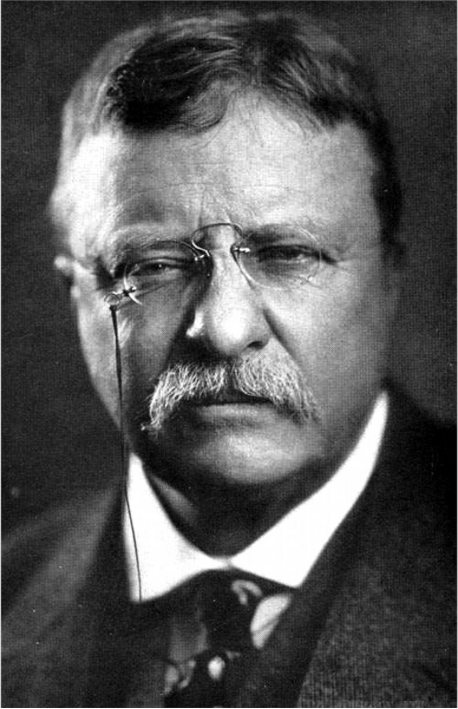 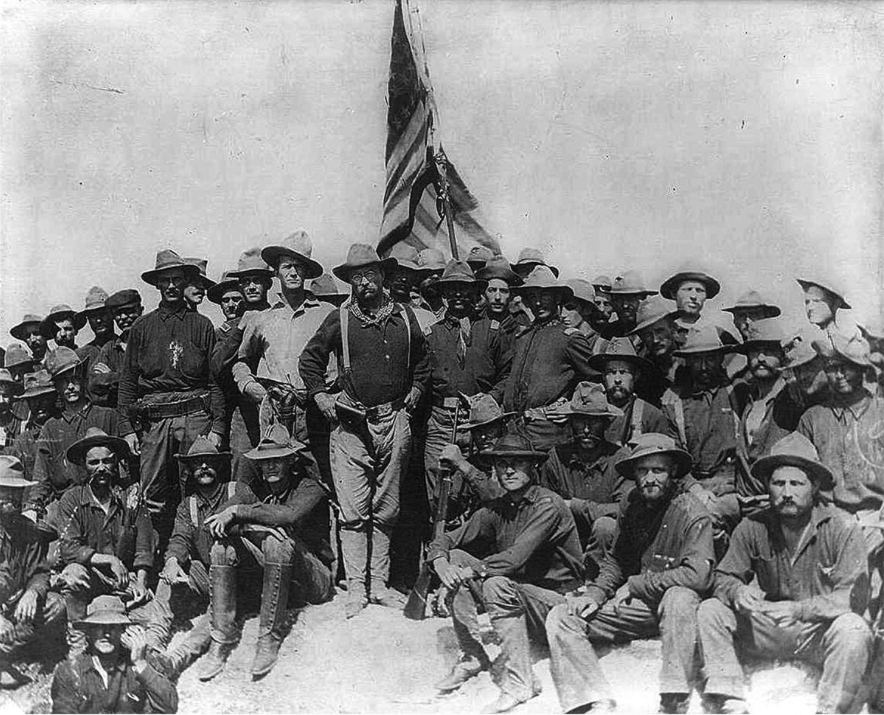 
"Far better is it to dare mighty things, to win glorious triumphs, even though checkered by failure... than to rank with those poor spirits who neither enjoy nor suffer much, because they live in a gray twilight that knows not victory nor defeat."

"Never throughout history has a man who lived a life of ease left a name worth remembering."

"The first requisite of a good citizen in this republic of ours is that he shall be able and willing to pull his own weight."

"Every immigrant who comes here should be required within five years to learn English or leave the country."

"It is only through labor and painful effort, by grim energy and resolute courage, that we move on to better things."

"The pacifist is as surely a traitor to his country and to humanity as is the most brutal wrongdoer."

"Wars are, of course, as a rule to be avoided; but they are far better than certain kinds of peace."

"Order without Liberty and Liberty without Order are equally destructive"

"No man is above the law and no man is below it: nor do we ask any man's permission when we ask him to obey it."

"We can have no '50-50' allegiance in this country. Either a man is an American and nothing else, or he is not an American at all."

"Speak softly and carry a big stick; you will go far."

Joined Jun 28, 2007
·
1,030 Posts
Impressive Display Hopalong! And well done to all others! I served on the SSBN 600 Theodore Roosevelt Submarine in the early 60s and always had a soft spot in my heart for all things TR! Besides being the first president to actually dive on a submarine, who can forget my ships motto "Walk Softly and Carry a Big Stick"! Jackson

Your son did a terrific job on his display and thanks for sharing it with us. Here is one of TR's guns along with a few photo's:

Thank you, Cam. I remember when that one came up for auction. What a treasure!

Joined Mar 16, 2012
·
1,527 Posts
Agreed , your son did an awesome job ! TR26 was my first favorite president since I did a “ book report “ on him in the seventies . I recently saw a special and historical Teddy Bear in the Long Island welcome center display - thought it was cool.

My cowboy posse is called the RoughRiders , and from my first time there The Reverend really reminded of TR .
He is kneeling far right - I am his bookend - the only one with Colts ..... ivory , ShotShow and consecutive

And Hop - Your TR Single Action is gorgeous, kinda like all your six shooters 🤠