Joined Jan 4, 2014
·
7,449 Posts
If you are old enough to know what an ice box was and how they were used, let along still have that word in your vocabular and use it, I bet you have used a fountain pen. Not a cartridge pen but one with the little vacuum pump and lever to fill it. Folks cleaned up to go into town. Sunday was a day off from work.

When silver dollars were still in common use. A dollar could actually buy some thing. And gold coins were hard to find, secretly hoarded and hidden away.

All that makes a 5 hr gun fight with a Colt SAA seem "casual". These days there is plastic "money", throw away writing instruments, 20 round hand guns and 30+ round rifles that weigh about as much as a loaded 7.5" Colt.

Some folks will kill other folks with a rock given the chance. 5hr gun fights with a few casualties are likely to turn into hundreds dead or wounded easy enough.

All that makes one kinda wish for an ice box and a good six gun to come back in style. Likely gun fights would happen less often, be a lot shorter frame and everyone would have to learn how shoot to actually hit anything.

Joined Feb 24, 2014
·
816 Posts
Yes, I remember emptying the ice box pan..well trying and spilling it. I was too young to complete the task. I once came close to sticking the ice pic in my eye. The ice man delivered ice (as did the milk man milk). My grandmother kept me in check with a Salt Cedar switch and wrung the Sunday dinner’s neck personally. The neighborhood kids had rock fights and we played on a homemade raft after floods. Kids all had mumps, measles and chicken pox. The street was dirt. Folks acted respectful. Bad guys were arrested, or killed. Prison terms were served. Executions were carried out. yep, I’m old enough to know what an ice box is/was.
S

Joined May 9, 2016
·
824 Posts
Still remember going to the ice house and being amazed at the sharp edges from where they were sawed out of the lake on the ice blocks when you pulled them from the sawdust and shavings, even in August. As to the other I still carry a Colt S.A.A. daily and a Winchester 94. Have not called the sheriff in years, we handle it ourselves. Take care, Duane
J

Joined Feb 2, 2013
·
10,759 Posts
You also had an ice card that you put in the window to tell the iceman how much ice to leave. The number at the top indicated the amount of ice needed.

To this day the refrigerator is commonly called the "icebox".

An aunt had an early refrigerator that looked more like a gun safe than a refrigerator, with the coils on top.

Joined 6 mo ago
·
150 Posts
And milk deliverd to your door, in glass containers with the cream floating on the top(I used to drink it and get a switch from mom), coal deliveries, clothes lines in our furnace(???) room, oleo margarine and no school buses, segregation and NRA actually a gun educational outfit with shooting in local school basements, beer take out in cardboard containers and PITA siblings(lol).
S

Joined Jan 21, 2012
·
442 Posts
I remember when golf courses had young boys as caddies, and people actually walked the course and got real exercise. Now they ride in carts. Many of the caddies where I worked used to hitchhike back to town where our parents could more easily pick us up. And there were never any incidents. During hunting season, high school students in some area towns were allowed to bring their shotguns to school and store them in the principal's office. This enabled them to get in the woods more quickly while there was still daylight. Those were the days my friend.... So glad I grew up then.

Joined Jan 4, 2009
·
955 Posts
I remember getting a refrigerator sometime after WWII. Other memories are the kerosene fueled kitchen range and the the coal burning furnace in the basement. When my brother went into the army I was given the task of chopping the chickens heads off and plucking them, but I then got to use his single shot Winchester 22.

Joined Jan 15, 2013
·
1,607 Posts
Any body but me remember yellow and black stop signs? We had electric trolleys running on our street. The local bakery "Manor Bakery" delivered door to door with a guy driving a horse drawn wagon. We got mail and the newspaper twice a day. I still have an ice box.

bearcat6 said:
Any body but me remember yellow and black stop signs? We had electric trolleys running on our street. The local bakery "Manor Bakery" delivered door to door with a guy driving a horse drawn wagon. We got mail and the newspaper twice a day. I still have an ice box.
Click to expand...

And those yellow and black stop signs had half dome shaped glass reflectors for night time visibility.
friend of ours was a milk man and told of several times he had walked the route only to realize that his truck had not followed him!

Joined Feb 22, 2008
·
493 Posts
Before WWII and as a young teenager, every summer my dad would take the train from Dallas to San Antonio to visit his aunt and uncle. His .22 rifle and 500 round brick of ammo would accompany him. Even though he was by himself, no one thought anything of it.

My dad called a cooler an ice chest and the kitchen counter the drain board.

He also had his own horse, won the local rodeo, and went on cattle drives. I have a thank you letter he sent to his aunt for the $5 she sent him for his birthday. In the letter, he told her that he used the money to buy a lariat.

Sent from my SM-G960U using Tapatalk

Joined May 14, 2013
·
2,634 Posts
My Dad wore a tortoise-shell fountain pen like a badge. On Sunday mornings he would put on his suit coat, place the fountain pen i the breast pocket (the bullet pocket)o f his coat. He would stand in front of the mirror, smooth down his coat, and proclaim to the mirror: "This is Mr. Wright!"

The portrait of President Harry Truman has the pen in his breast pocket.

Joined May 14, 2013
·
2,634 Posts
I remember taking one of those fountain pens and washing the ink residue out. Then filling it with a lemon juice concoction and writing secret messages with it. The dried lemon juice was "invisible" until the paper was heated in front of a candle or in the oven. When heated, the dried juice turned brown and the message became more or less readable.

Joined Aug 23, 2015
·
9,925 Posts
I thought a Refrigerator was more properly referred to as a "fridgedrator"? Kinda like hearing "spaghetti" called "skeddy". I never did get why people called Washington, DC "Warshington" or "Warshton"...heard those often when growing up around DC.

Joined Apr 9, 2017
·
1,577 Posts
Mom was so proud when dad bought a refrigerator! The neighbors all came over to celebrate the occasion and the old man provided the beer. Mom didn't see the time saving value of a non ringer washing machine until the 1970's for some reason and hung the laundry out, or in the winter hung it in the cellar close to the old ''Hercules'' coal furnace. Hot water in the summer time was provided by a, ''bucket a day'' stove. No matter what, you best have yourself clean and shiney for church on Sunday!

The town cop, (a true Peace Officer who resolved things without much need of lawyers or courts) carried a Colt's Official Police revolver in .38Spl of course with plain old 158grLRN ammo on his belt. Guns in general were walnut and steel! The only self loading pistols we knew of were Colts or Lugers, and they didn't hold many rounds compared with the polymer ''marvels" of today. The Colt Single Action Army was king of course, and every boy's dream gun. Dad had a Colt's 1903 .32ACP and a 1908 Vest Pocket .25ACP and didn't think a common man needed anything more for ''goi'n to town''.

Did I mention guns? They were everywhere!..Department stores, hardware stores, pharmacies, even auto parts stores. One of my favorite places to browse was, ''Joe The Motorist's Friend'' which kept a good inventory of sporting guns as well as revolvers along one wall. Western Auto was another great place to browse and buy guns! Even the animal doc. had a small display of small revolvers and would trade every now and again if you brought something in he liked. Guns were just a part of everyday life, and no-one ever thought of shooting up a school or church, or piling up bodies just because they thought their life wasn't what they thought it should be. A boy without a .22 was considered odd, but was welcome to shoot ours anyway. You had a name, and you tried to keep it clean and honorable! Dad would say, ''The Lord has your name and your deeds!''

Yes, Cozmo you're right, but it ain't guns. It's society, our social life has been taken away and neighbors no longer trust, respect, and do for each other the way we used to, let alone a stranger. It usually doesn't cost anything, a wave and a smile will do most times. We cook and swap food with neighbors, one, a working single mother seems like we have her kids and dog more than she does sometimes, but it's okay, they get some life education here if nothing else. Her oldest boy is now in the Navy with a good career ahead of him. A WWI Veteran told me a long time ago, ''Keep a good sense of humor about you and you'll miss out on most of the more vulgar common type of fights.''
R

Joined Feb 22, 2008
·
493 Posts
Years ago, I flew to Arizona to visit my sister and brother in law for Thanksgiving. My sister sent me to the grocery store to pick up a few things. While standing in the checkout line, the guy behind me put an RCBS reloading press on the conveyor belt. I thought wow, this is great, they sell reloading supplies at the grocery store!

Sent from my SM-G960U using Tapatalk

Joined Feb 11, 2016
·
317 Posts
Remember when the first televisions began showing up in the neighborhood? We had a larger floor model with a large clunky cabinet. And when it went on the blink my parents would call the TV repairman. Now a days you just throw it away.

Joined Jan 4, 2014
·
7,449 Posts
Use to walk through the neighborhood an onto the hill behind the neighborhood and hunt squirrels all day. Junior year of HS they decided long guns during hunting season should now be kept in your truck or car instead of your locker.

Milk, cottage cheese and fresh orange juice all delivered by the milk man in a truck. News papers by kids (me) on bicycles. Under age worker? You bagged groceries at the local store for spending money.

Cops carried revolvers. 1911 was accurate and kicked too hard. Colt's and old Winchester lever guns obsolete and cheap. You'd be hard pressed to find 32-20, 38-40 and 44-40 ammo. But you could still order it. A box of center fire ammo would last a long time. You could still buy a good Stetson locally at a fair price.

Not every rig had usable wind shield wipers.

Having more than 2 pairs of pants was a luxury.

I still call it an ice box.

Joined Oct 18, 2015
·
1,199 Posts
Growing up a city boy, we never had an ice box.
The milkman did bring the glass bottles and the Bakery truck was full of goodies 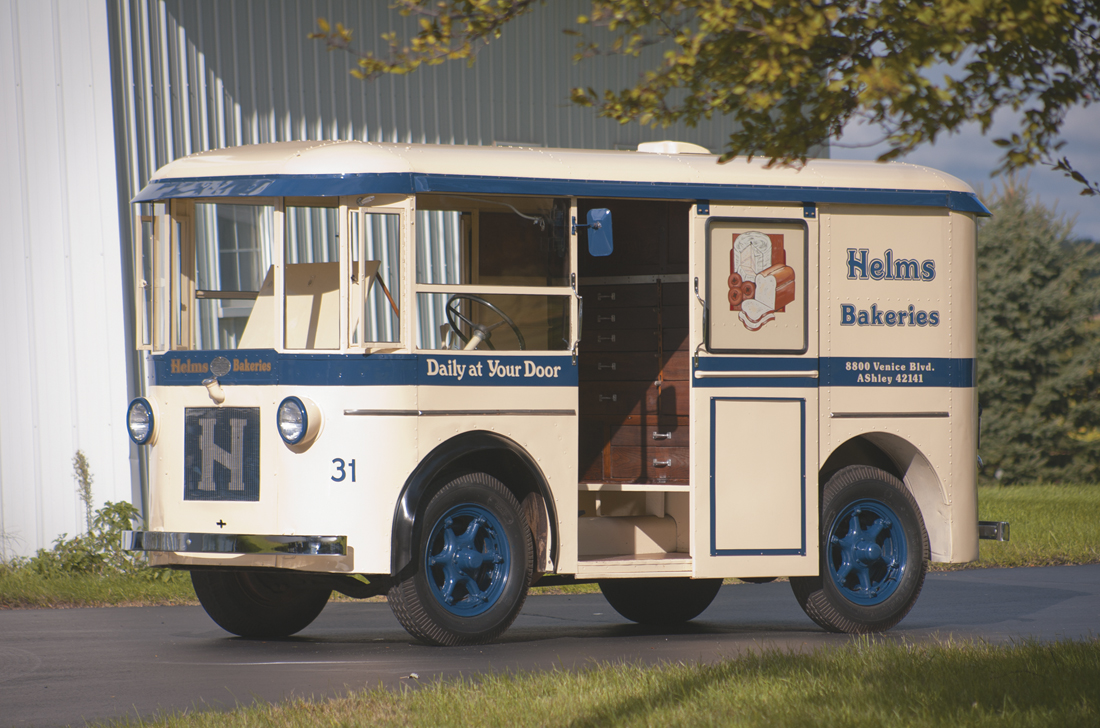