Have you encountered any .476 caliber New Services in your studies? Most were shipped to England, Africa and Australia from what I can tell. This one, however, was sent to New York but ended up in Australia before coming back to the States. 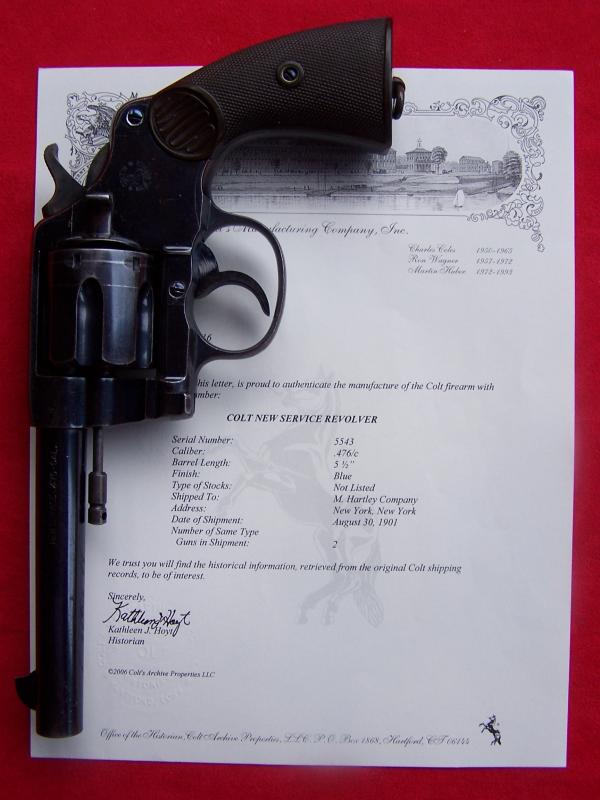 Cam does the referenced .476 New Service have Australian Military markings or was it a private purchase.

If you are intersted I have a letter on one from the January 4, 1900 shipment. They went to Lewis Bros for Captain Curran. There were 100 guns in the shipment and they were .45 Colt.

Joined 1 mo ago
·
7 Posts
I haven't personally seen any chambered in .476. However, as you may already be aware, such a revolver should chamber and fire .455 cartridges just fine since, despite their designations, the two cartridges were in fact both actually .455 calibre -

Note that the critical dimensions (mouth diameter and length, in particular) of the .476 Enfield and .455 Webley Mk I cases were identical ... and that the bullets were also all effectively .455 calibre (except that the Mk III Enfield bullet was actually a "heeled" design: most of its body was .455 but swelled out briefly just ahead of the case mouth to the outside diameter of the case at the mouth - i.e. .477" +/- .002". I have omitted the Mk I Enfield bullet from this compilation because it was very short-lived, not many cartridges were ever made using it and, if memory serves correctly, few if any examples survive.) Of course, various "other" cartridges (e.g. .455 Eley, such as the Colt New Service revolvers are marked) were simply commercial offerings of the British service pistol cartridges under different names.

Accordingly, any revolver in British/British Empire service which is marked either .455 or .476 - or, indeed, .455/.476, as many British-made revolvers were marked - should chamber and fire either cartridge with little or no discernible difference in performance. For that matter, one also sees British revolvers with .450/.455 calibre markings, because the earlier .450 Adams service revolver cartridge was also actually .455 calibre, with the same case mouth dimensions and bullet diameter as the later cartridges. However, since it was a shorter cartridge. the chambers of many ".450" revolvers will not accept the longer .476 and .455 cartrisges, but of course .450 cartridges will chamber and fire just fine in the later revolvers ....

Colt1860 said:
If you are intersted I have a letter on one from the January 4, 1900 shipment. They went to Lewis Bros for Captain Curran. There were 100 guns in the shipment and they were .45 Colt.
Click to expand...

By the time this was published, note that the calibre is stated as .455 ... that (along with the "Official Revolver of the Canadian Government" statement) would relate to the later Boer War acquisitions as well as to the chambering of the New Service Colt adopted by the NWMP/RNWMP in about 1904. They went with .455 because the Colts were replacing the ".476" Enfield revolvers the Force had been using, which of course was effectively the same as the .455 cartridge which they had undoubtedly been using for years anyway ...

What is the serial number of your revolver? Is it the early model or the "Improved Model" introduced in or around 1909?


So far as I know, there wasn't a single "block" of serial numbers, because the 943 revolvers acquired in early 1900 for Boer War service were shipped in several batches to Lewis Brothers, of Montreal (a Canadian Colt Distributor.). I am aware of batch shipments of varying sizes (apparently numbering as few as 50 revolvers and as many as 350 revolvers) on several dates in early 1900 (e.g. January 4, January 13, April 3, and several others I can't track down in my records).

I have another early model .455 New Service which I acquired cheaply because it needs repair (cylinder doesn't index consistently) and also because it has been refinished with a rather severe buffing job (which has partially erased the markings) and then re-blued. I thought it would be a good gun for "shooting" because it does look OK from a few feet away and has a good bore ... but I have never yet gotten around to getting the cylinder indexing problem sorted out. It is serial number 4087 and (based on that early serial number, as well as the .455 chambering and its location in Canada) I suspect that it too may be one of the revolvers purchased in 1900 for Canadian Boer War service, but I have not obtained a factory letter on it ...

I will post some more pics and details for you next week. I am out of town for a few days.

Joined Aug 25, 2018
·
375 Posts
This one was my grandfathers. It needed some refreshing, which thanks to eBay, Numrich, Frank Glen, and APW came together really nicely. It's no longer a collector piece, but it's a lot of fun at the range. I think it looks great too. 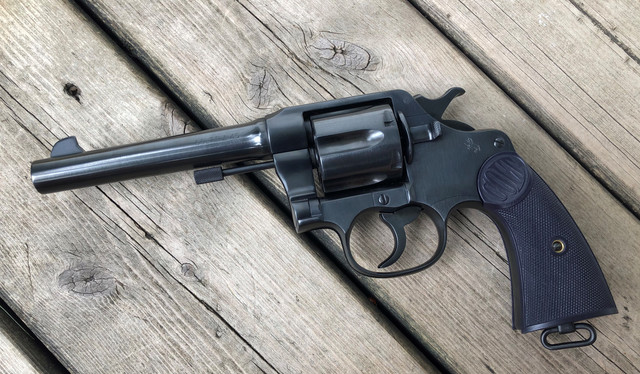 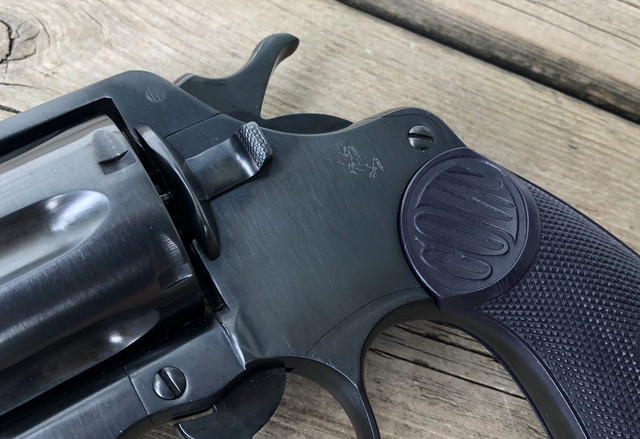 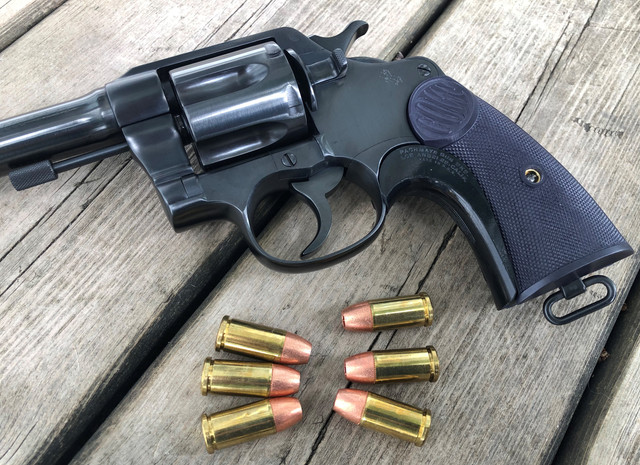 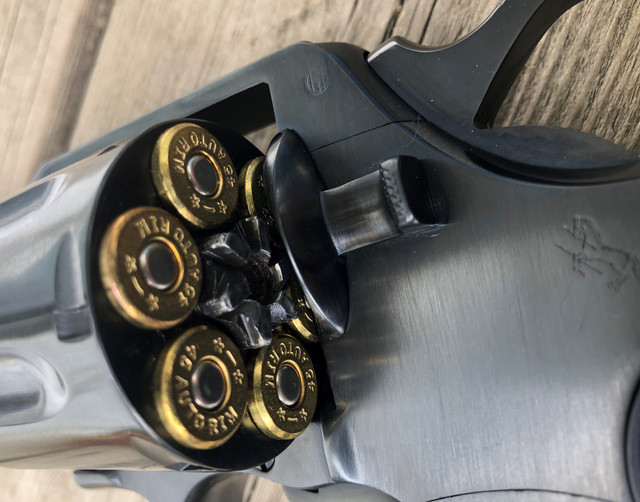 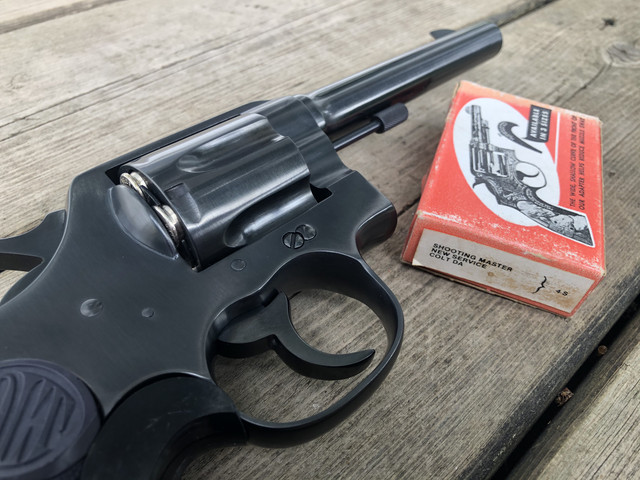 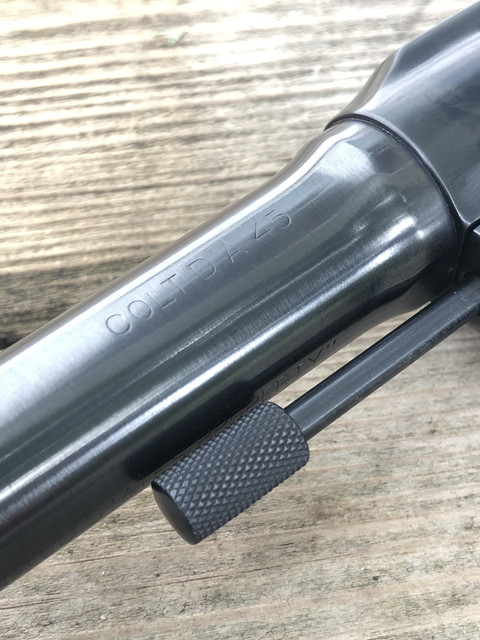