New horse pistol. My horse didn't have one, so why not.

This just arrived via UPS today.

It's a model 1842 US martial hand cannon chambered in .54 caliber smoothbore--of the Henry Aston made variety. The lockplate is stamped 1847, so there's a possibility that some US Dragoon carried this in the Mexican American war from1846 to 1848. Now I just need another and a set of pommel holsters. It's in pretty decent condition and I wouldn't be afraid to shoot it since the bore seems clean as a whistle although the nipple is a bit ragged as most are. The wood is not too dinged up but I'm pretty sure it's been sanded and refinished at some point since the edges around the lock plate are rounded and the cartouche, while evident, is unreadable. Still for only $525, I think I did OK.


Lastly a picture with some props. Most of the troopers wore white buff leather during the Mexican War, so I faked up a belt with a shoulder strap from my Brown Bess cartridge box. I don't know where I got the reproduction period 1840 style wheel hat--probably at some militaria show, but I've had it for over 30 years. Ok, before someone notices--yes, I'm using a faked up 1860 saber with extra drawn in wire wrap to fill in for the correct 1840 model. I'll probably also put this shot in the photos section for posterity.

Artillery adds dignity to what would otherwise be a vulgar brawl

I like the old Aston and other Single Shot Pistols.

I have one also and it is so very finely made, I was very impressed in taking it apart to lightly clean and lube and study things on it.

I have Caps, Balls, Patches, etc, but I have not fired mine yet.

I hope you can do us a nice "Range Report" sometime soon!

Joined Oct 3, 2011
·
322 Posts
Very nice
► Show Full Signature
"No man in the wrong can stand up to a fellow that is in the right and keeps on a comin'." Capt Bill MacDonald, Texas Ranger

Artillery adds dignity to what would otherwise be a vulgar brawl 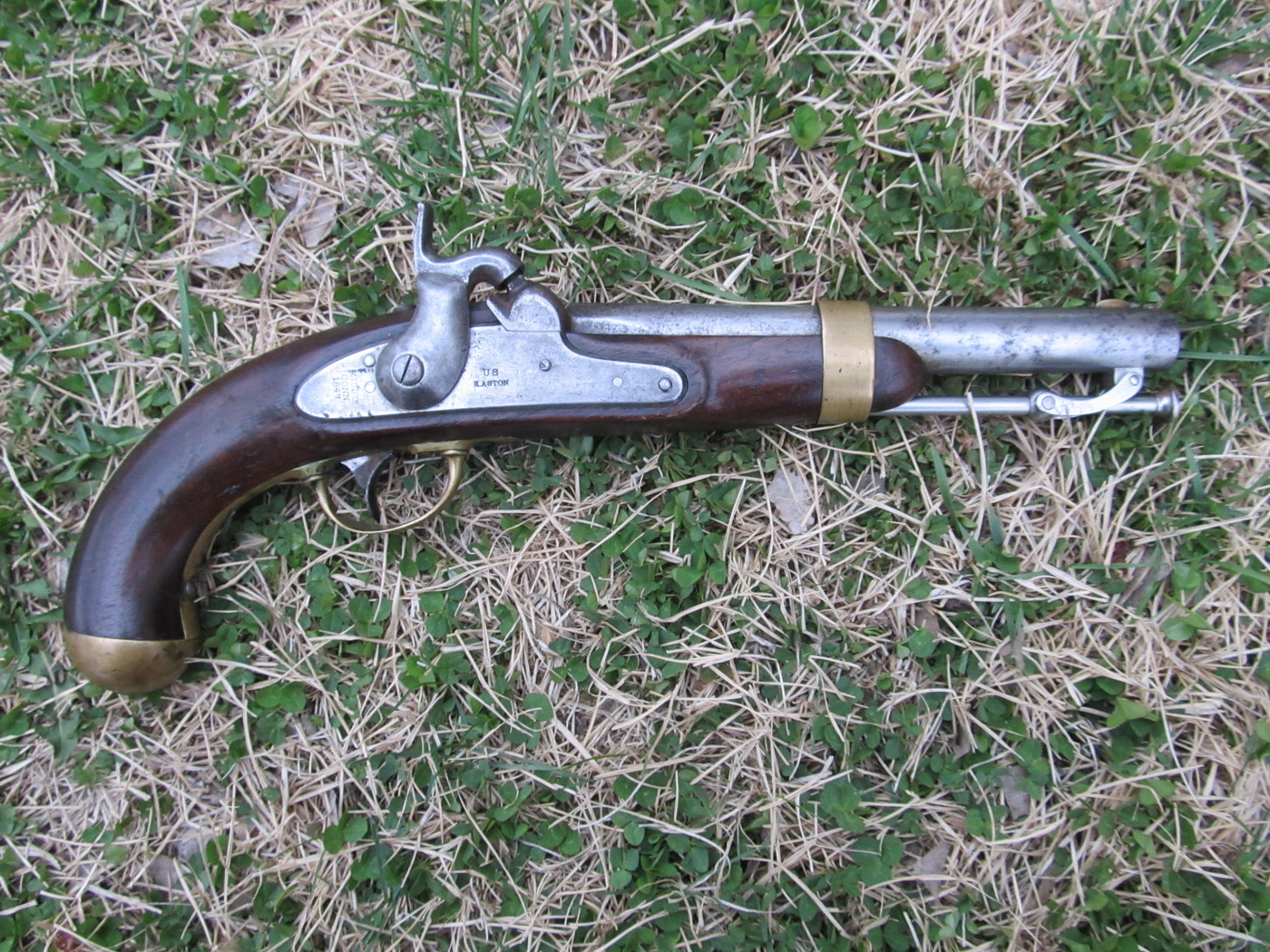