"A short while back I posted pictures of an old beater (late 2nd or early 3rd) that I found at what I thought a reasonable price and then ended up rebuilding to make it even better. Parts of that gun are now off being reblued. The real satisfaction for me is I got a gun "custom" built to make it exactly like I wanted. Wait time even with the refinish should be weeks not months or years."

Total time from buying the gun to putting it all back together and shooting it today was just under 90 days. The gun was just barely 2 months total out of the house.

Gun as I picked it up from the LGS below. It had seen some hard use and had a decent amount of holster wear. An honest shooter and I liked it.


Not a big rebuild on this one. This gun shot well even being in rough shape so I thought it worthy of a rebuild.

One of the early 25 yard targets from a bench rest below.
"Because it shot so well @ 25 yds I figured a rehab was in order today.
Lions and tigers, OH my! Files, grinders, buffing wheels and plenty of emery paper." 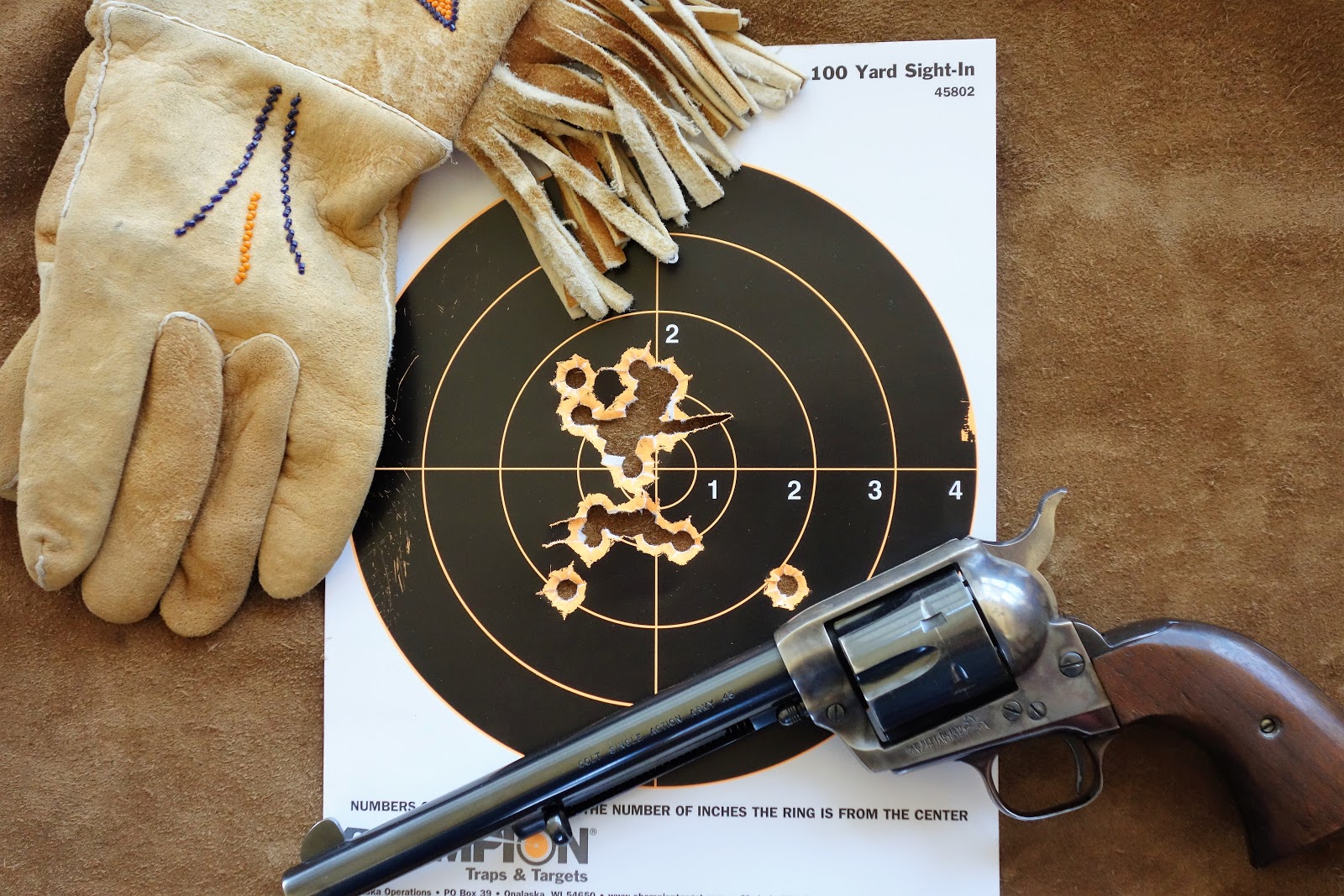 First version adding new parts and before the reblue...

"Because it shot so well @ 25 yds I figured a rehab was in order.
Lions and tigers, OH my! Files, grinders, buffing wheels and plenty of emery paper.

With good bones here is what I decided to do or needed to be done..."

need to be timed, bolt was dropping too early
trigger job, the trigger tip was chipped
recut and contour the trigger guard
case color the hammer, border checker it
rebore a 38 cylinder to min .45 spec, bevel to 1st Gen specs and bore for a removable bushing
fit one piece walnut stocks (Colt 2nds from the Heirloom II)
reblue trigger guard and back strap.

Decent trigger job and a new cylinder are the biggest changes in how the gun shoots.

A good gun can always be better...
The gun shot well with the original cylinder... which was poorly aligned in at least one cylinder and throats cut all over the place from too big to too small. Gun shoots well at 25 yards, but could shoot that well at 50 yards with a better cylinder. The flier rounds hitting at 5 and 7 all to often should disappear if I do my part with a better cylinder installed. (I still flinch and drop some at 5/7) 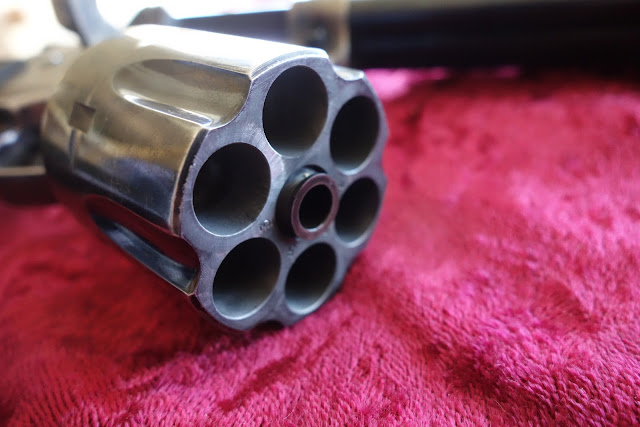 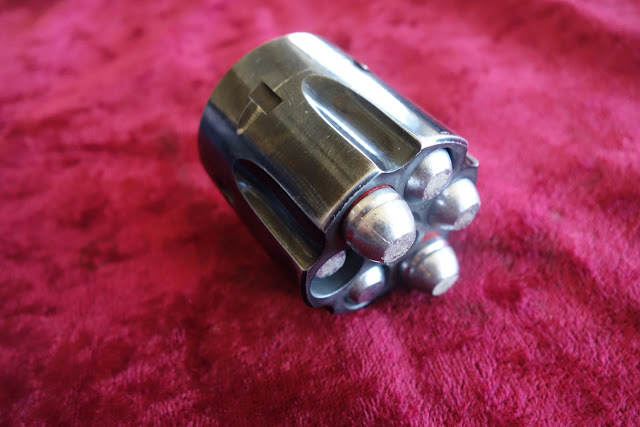 It will shoot a whole lot better and be way, way more consistent with this one. 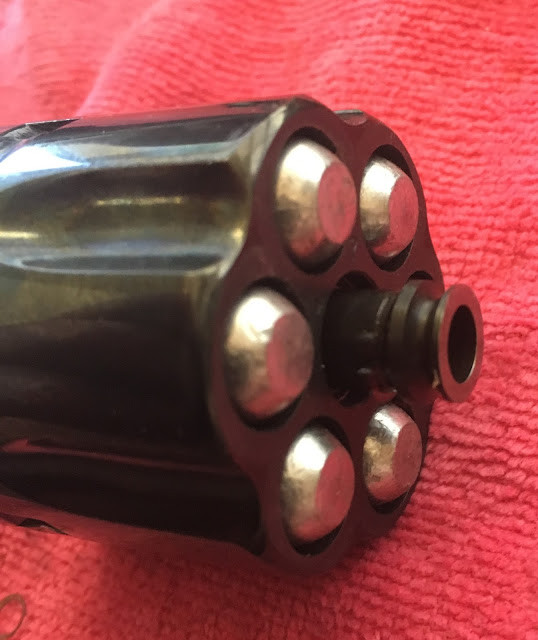 New targets tell the real story. Photo doesn't do the gun justice though. Couple of my buddies were "nay sayers" on these projects. But I'm pleased with the results. These are my best off hand target today @ 10, 15 and 25 yards with Unique and a LSWC 255gr bullet. Time to start reloading 45 Colt brass again 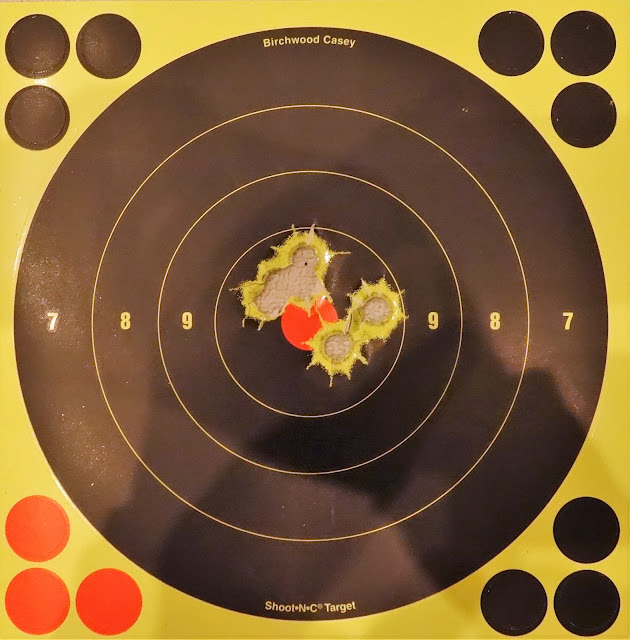 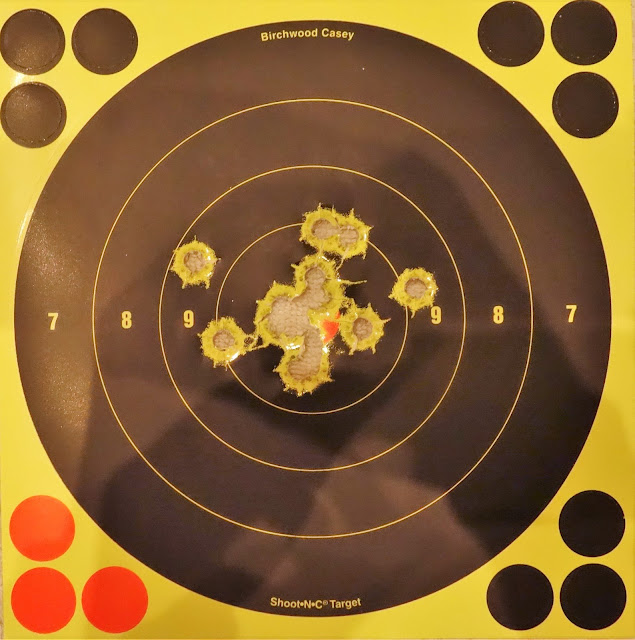 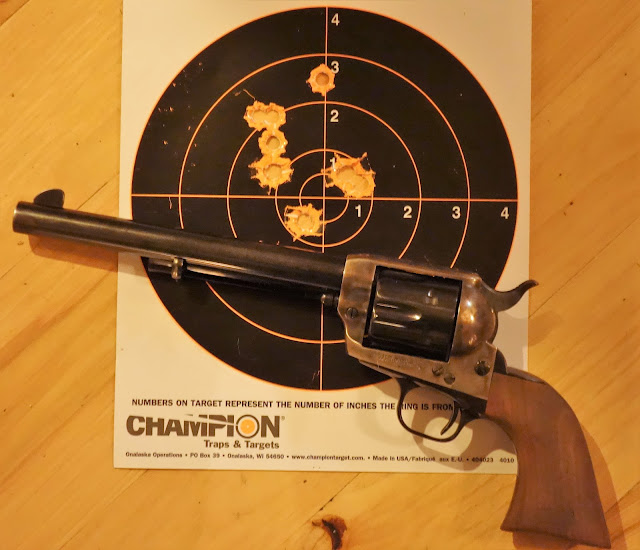 Joined Jan 4, 2014
·
8,790 Posts
Thanks guys! I liked doing this project and wanted to know what could be done on a small budget for a beater gun many would have passed on originally. 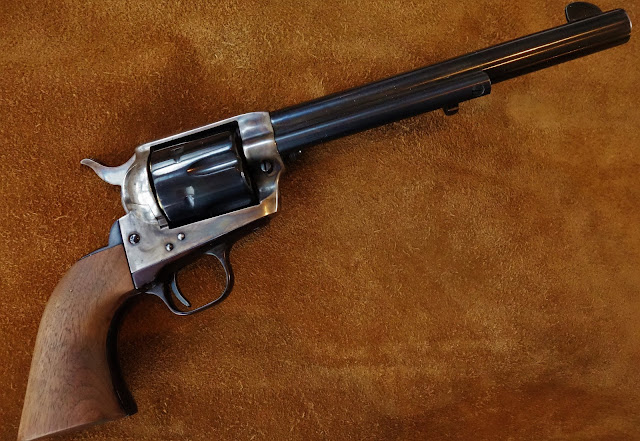 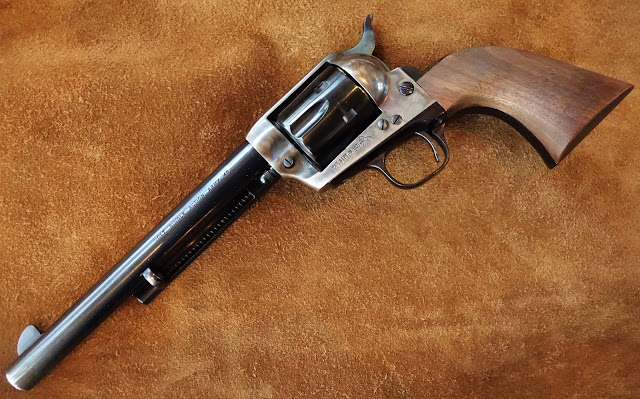 Only three more to go Should keep me busy this winter.

I have one Series II Colt Single Action Army - a 1962 4-5/8" .357 Magnum. It isn't the prettiest gun I own but I like it the way it is! It shows signs of normal wear and tear; and it even has a name electro-penciled under the grips. It still has case coloring so I will leave it alone...for now! Not to steal the thunder of your excellent photos and breathing new life into a good shooter, here are a few pictures of mine....