Joined Jan 4, 2014
·
8,844 Posts
If you've have ever had the need for both of these at the same time you'll understand the connotation 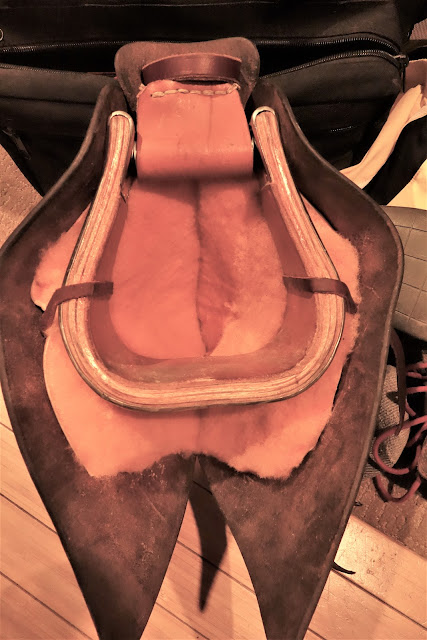 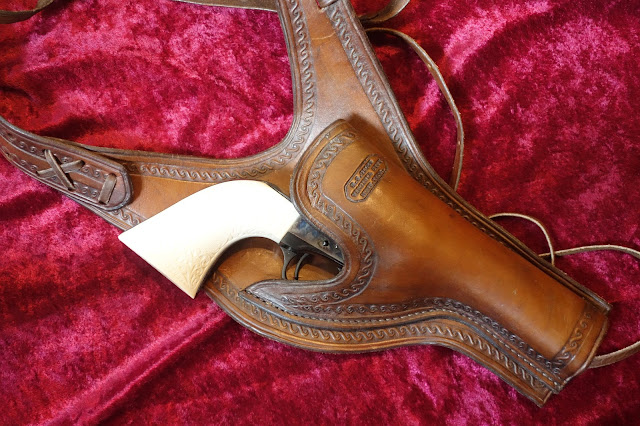 Joined Oct 12, 2011
·
1,980 Posts
yahoody, looking at the holster picture, and recalling your thread of a few days back about "spurs", I recall recently watching parts of a 1950s movie called "The Gunfighter".

The lead character, (Gregory Peck) had a belt holster, plus he had a shoulder rig. The "skeleton" type, (I think it's called), never seen with a gun inserted, but shown empty once while he had his jacket off washing up. Gun was laying on the wash stand. I've never seen one of those holsters in a movie before. It flopped around with no tie-down to the belt.

The bit about spurs. Several scenes of the town marshall, played by character actor Millard Mitchell, preparing to mount up, showed him with just ONE
spur. It was a large rowell, very noticeable in several screen shots.

I thought at the time, (following your "spurs" post ), what the hell would yahoody say about THAT.

Regarding your thread here, I know the stirrup you show has "tapaderos"(?) and fleece-backed, and while I am almost surely bound for purgatory, I fear I missed the proper connotation. I will hazard a guess it is a broke-backed cowboy packing up for the next $40 dollar rodeo. ?
D

Joined Dec 30, 2001
·
15,626 Posts
A major reason cowboys carried guns was if there was a problem with the horse, the riders foot could get hung up in the stirrup if he was thrown.
His only chance was to hope he could get the Colt out and shoot the horse before he was dragged to death.

That's also why cowboy boots have high heels....to keep your foot from slipping through the stirrup.

ponyup said:
....It flopped around with no tie-down to the belt.
Regarding your thread here, I know the stirrup you show has "tapaderos"(?) and fleece-backed, and while I am almost surely bound for purgatory, I fear I missed the proper connotation...
Click to expand...

Well pony you only missed it because we are on the Internet.

Shooting your own horse?! Not much of reason for a cowboy to pack a six gun. Folks has been watching too many movies. Think about that one, being drug...pretty unpleasant. Getting a gun out while doing so, some kind of trick. Better to have a decent horse and learn to ride...which means learning how to get off. Six gun is the answer for a mean cow willing to kill and your horse. Not a lot of cows that mean these days.

Back to ponyup. Yes, tapaderos with sheep skin lining. This is a pair that have been in the family for almost a 100 years now. I just relined them with sheerling the last few days to use in cold weather again. The shoulder holster goes under the heavy coat and vest, on top of a shirt. Handgun is carried because you might have to shoot all sorts of things, mean, sick or hurt cows, predators may be even your horse if things went bad. But getting to your gun in winter clothing while being drug aint very likely. Under that much clothing a shoulder holster don't flop much or need to be tied down

Bundled up so you can hardly move. Feet freezing under a couple pair of sox in too big of boots wrapped in shearling lined taps. Only heat for the short on sunlight days comes from the horse under ya. Looking for cows that don't want be found. Purgatory.

....what the hell would yahoody say about THAT!
Click to expand...

Not a damn thing :bang_wall: Me, "I aint never seen that before." Asswipe partner's response, "You aint seen much." (He'd never seen it either)

Last time I went to help a new fella at the corral I turned right quick to lend a hand and tripped over my spurs and fell flat on my face....some embarrassed.
"See, told ya, the dude can't hardly even walk."

Don't reef up your cinch first thing in the morning, squat on your spurs or piss into the wind. That and stay out of the next feller's business, pretty much covers it "Cuz as they say, "that is one way to do it".
F

Joined Nov 4, 2011
·
7,299 Posts
Ever been in a "panic mode" for a sprint to a bathroom? I can see the disadvantage there to a tied down shoulder holster to your belt. Have had similar occasional problems wearing suspenders to keep things up when wearing a untucked shirt to cover a gun. Think about that. Got to take the shirt off! I haven't found a way to wear suspenders over a untucked shirt. In my case as I got older I got even fatter but lost azz muscle or whatever and need suspenders to keep things up or at least get cinched up so tight you cant breath. My last ten years on my guard job I wore color coded suspenders to match the uniform shirt.
I recall my grandpa telling me those spurs were good for wheeling passed out drunk cowboys out of the bar.
D

There's a pen an ink drawing done by famed cowboy artist Charlie Russell showing a cowboy on the ground, foot in the stirrup, and six gun in hand aiming at the horse.
I "think" the title was "Last Chance".

Russell was a working cowboy in Montana.

Joined Jan 4, 2014
·
8,844 Posts
I've admired much of Russell's and Remington's art. Been to the Russell and Cowboy museums in MT and OKC many times. Elmer Keith mentioned a six gun being used in a similar manner in his writings as well. Just not likely IMO having btdt. Think about it. Guns/cartridge belts were worn loose around the waist for your creature comfort on a horse and the holster itself was loose on the cartridge belt. Does make a nice painting though.

If you have ever been hung up in a stirrup things happen pretty damn fast even on a gentle horse as they know things are not good, but something bad (you) is chasing them. Even in the best circumstance that bumpy little sleigh ride gives damn little chance to get to a thong latched gun that is swinging around your mid section. Few horses will just stand there while rider is hung up. Likely something bad happened in the horse's mind to get the rider hung up in the first place. Nice if your pard is handy enough to oblige you.

Shooting your horse is certainly a possibility but mean old cows were a lot more likely use of a six gun, then or now.