Joined Apr 2, 2015
·
152 Posts
I don't think that it came from Houston, Texas. Houston has never issued handguns to its' officers. I go back to the early 1960s with my direct knowledge of the dept. Before I started my own distribution company in 1972, I worked at Grant Ilseng Co and, they had the HPD police cadet class business from the 1950s. HPD requires each officer to this day to purchase their own side arm. Bill Bailey (the LE salesman) told me that he had the business for many years and, it was all S & W. HPD does have some S & W 38 Special revolvers in Red Boxes in the armory. I went over to HPD with Tom Kahlich ( our Colt rep) in 1969 to show Lt Swearingen the 1)Mk IV Series70(BB) 2) the Trooper MK III and 3) a 9mm double action pistol. I never heard of or saw the 9mm again ??? HPD does have some surplus SMGs that it got from the US Gov't after WW II and, I guess they could have received an OP from the Gov't. Also, I know that they sometimes use firearms from finalized court cases for training, etc. Maybe it could be ????- Alan Aronstein
G

Unless it's a recognizable unique script or location, it'll remain a guessing game.

The number could be an inventory number, but it could also be a badge number. Hard to draw definite conclusions.

I've got a Colt OP that went to the Allentown, PA, police and was factory-ordered with the number 12, even though Allentown had used OP's for decades and had a few hundred officers at the time. Go figure.

An archive letter is your only realistic shot, and even that is no guarantee if the purchase was funneled through a commercial wholesaler rather than factory-direct. I'm currently working on two Colts, an AS from 1924 and an OP from 1942, that both lettered to the same hardware store and both ended up as heavily-used service guns, probably with the same agency, and I'm still trying to figure out which agency.
B

Joined Apr 26, 2014
·
501 Posts
Absalom- good info, thanks. I always figured the PD markings were done at the factory and recorded, but clearly not! You've got me thinking as the area where the police markings are have turned brown, the rest of the pistol is still mostly blue. I am now wondering if the markings were done at a later date and the bluing was touched up.

bczadnm said:
..... I always figured the PD markings were done at the factory and recorded, but clearly not! ......
Click to expand...

Sometimes it's obvious whether it is a factory or at least professional job, or whether some department armorer went to work with some dies, sometimes not so clear. Department-applied marks are more common, based on my observations.

Just for some examples, below is a factory-stamped No. 11 (confirmed by letter) on the OP, and a department-applied NYCPD shield number on a Police Positive.

Joined Sep 5, 2017
·
84 Posts
Digging up this old thread. I also have a "H.P.D." marked Colt Official Police with a 6-inch barrel. Curious to know if you ever came up with any information. Houston? Harrisburg? Helena?
M

Joined Sep 5, 2017
·
84 Posts
I recently acquired this 1938-era Colt Official Police that is marked "H.P.D." The grips are not original to the gun, but otherwise its in very fine shape. 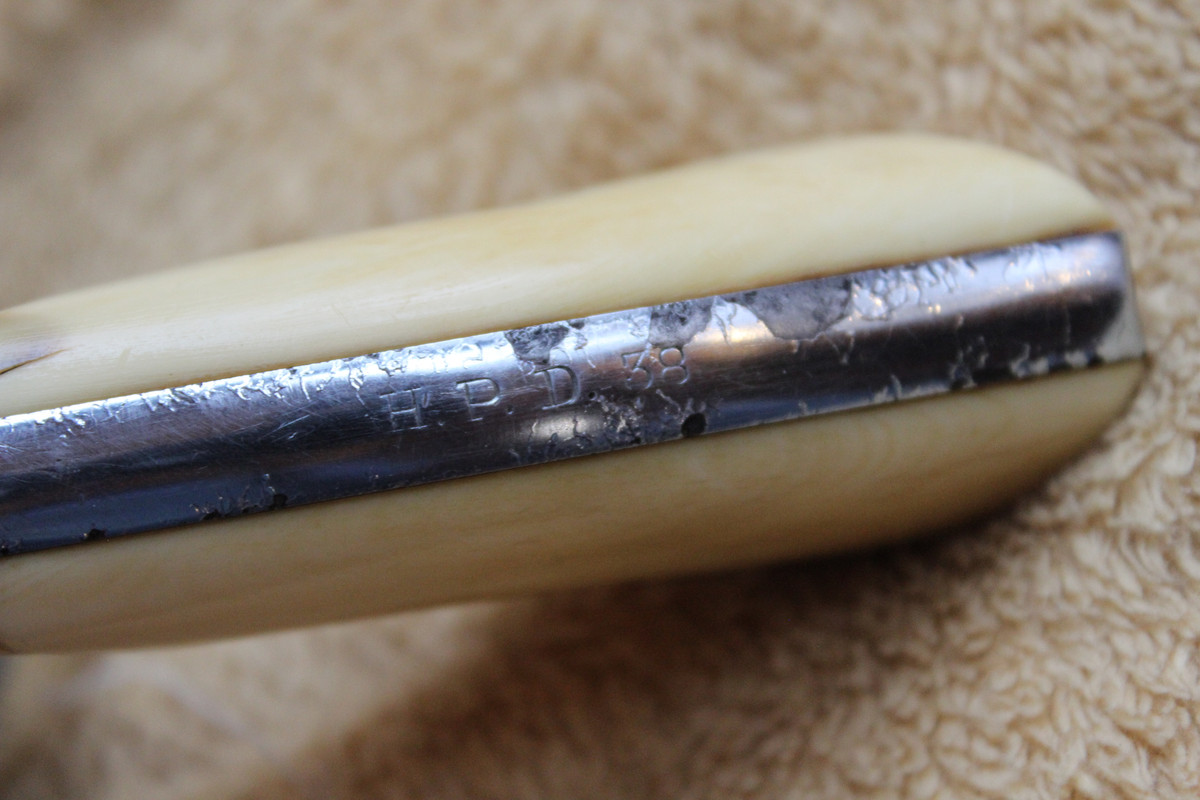 Joined Aug 8, 2013
·
1,558 Posts
The fonts in posts #12 and #13 look alike, but this type was very widespread at the time. If the backstrap H.P.D. plus number lettered to Houston and is thus confirmed, it’s unlikely that they would have changed to butt and no number within a few years. However, the number here is more important than the location since S&W had the serial there, but not the Colt, which could have led to a different practice. Ultimately, the only chance at a definite answer is a letter.